The author, Hinemura Ellison, is a retired journalist and communications coach who has worked in both the private and public sectors in the UK, Europe and New Zealand, giving her a front row seat to what does and doesn’t go on within the four walls of the public sector arena being privy to many an ‘off the record’ conversation. Having the ability to tap into good old-fashioned journalistic and coaching questions, pushing a few buttons and boundaries, hey presto – there is all the inside information on what is really happening behind the scenes and further up the chain…

Hinemura Ellison is of NZ Māori and European descent, and affiliates with Ngāi Tahu, Te Atiawa, Kāti Mamoe and Waitaha. She proudly descends from the great football player Tamati Ellison (1867 – 1905) who also was one of the first All Black captains who took NZ rugby international – to Australia.

Hinemura or Mu for short has always enjoyed reading from a young age and loved being ensconced in girls’ story books, Enid Blyton adventures, and watching good British murder mysteries on TV from the days of Agatha Christie, Midsomer Murders to Murder, She Wrote.

Mu has intertwined her love of adventure, and murder mysteries into the insightful, thrilling Trinity Trilogy; Sharks With Lipstick, Snakes In Suits and Scorpions In Stilettos.

Currently, Mu is researching her next book, while keeping Ted on his toes!

Keep up to date with Mu at her blog:

Or check her out on Goodreads: 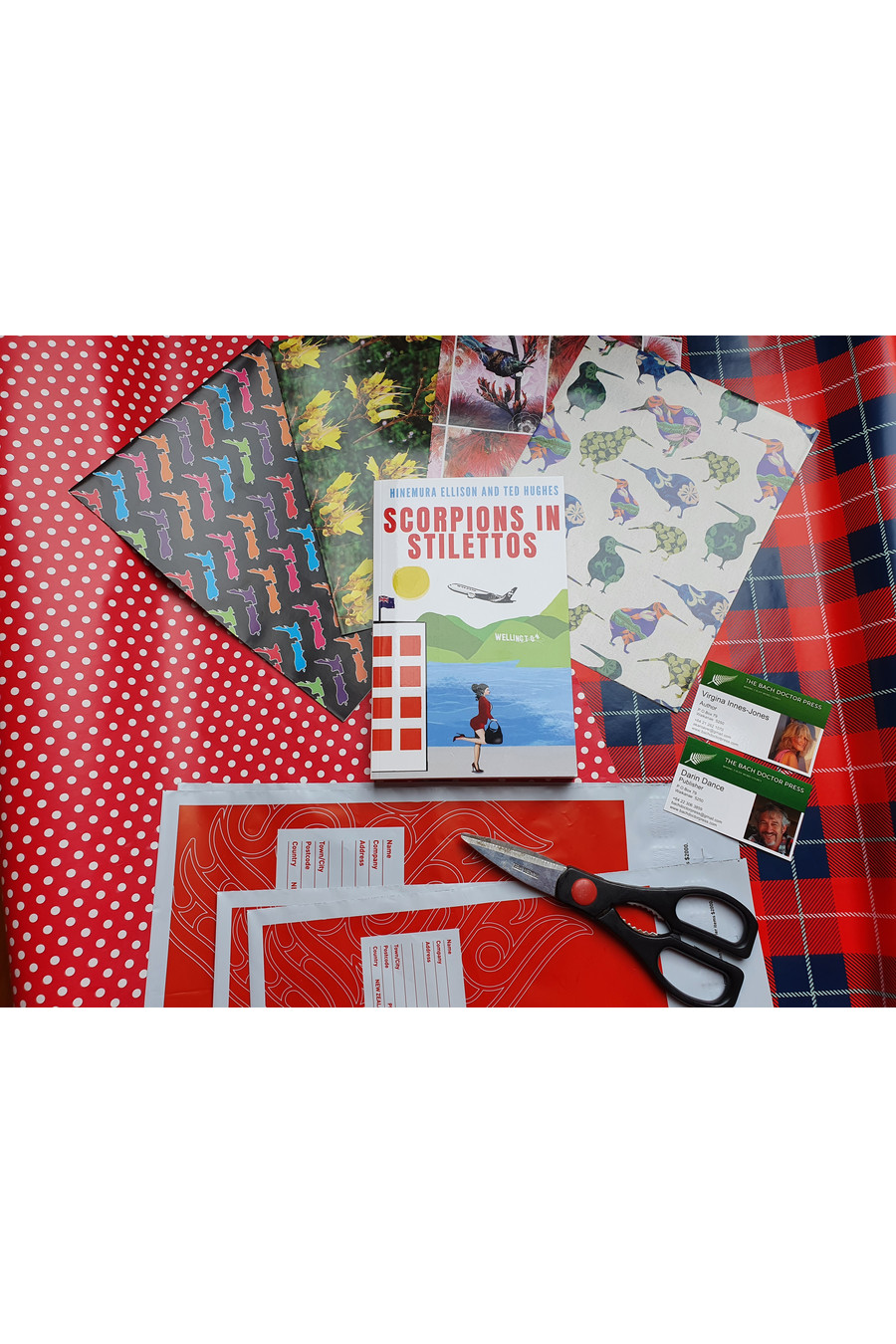 Order a gift wrapped copy of Scorpions In Stilettos, signed by the authors with a personal message. 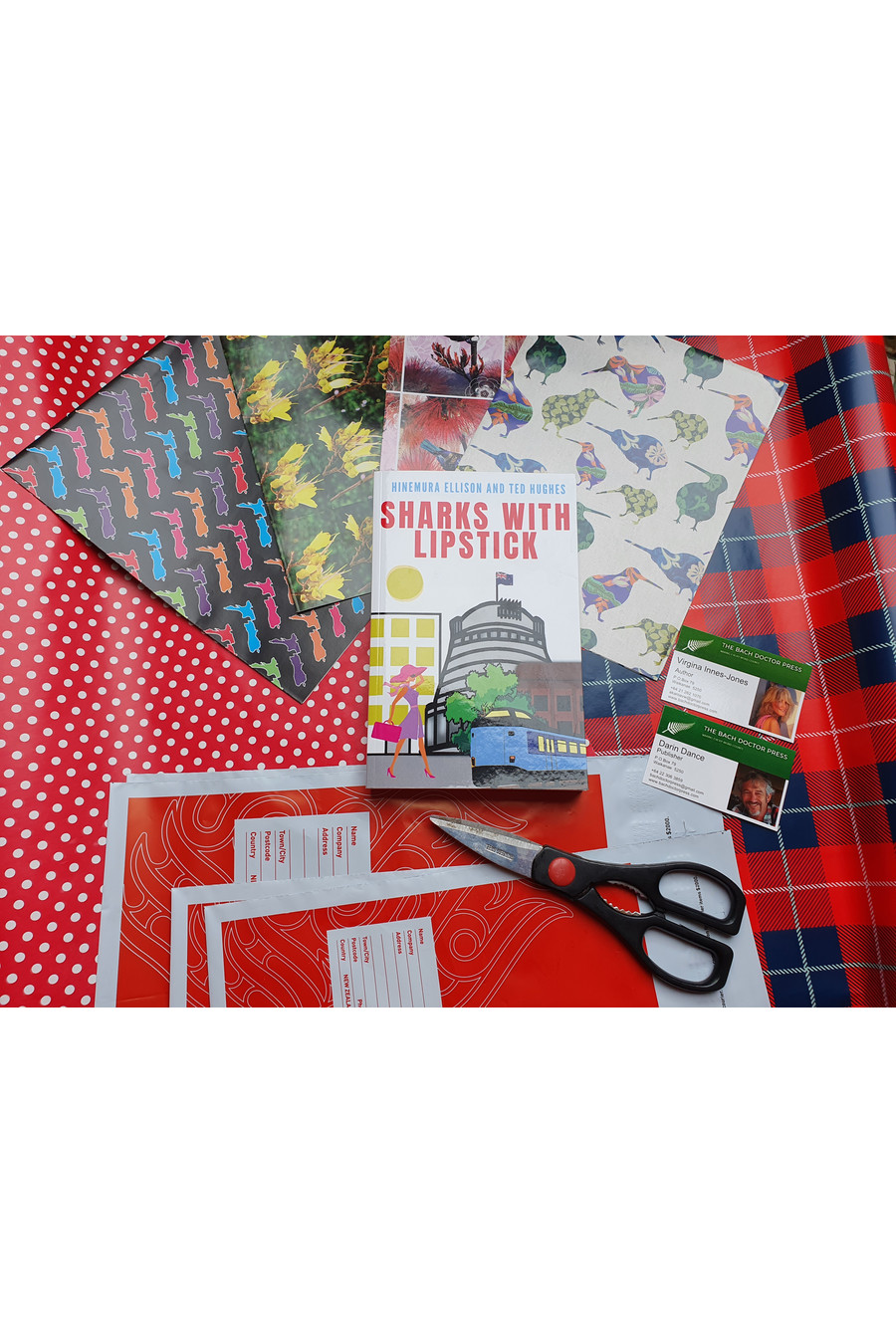 Order a gift wrapped copy of Sharks With Lipstick, signed by the authors with a personal message. 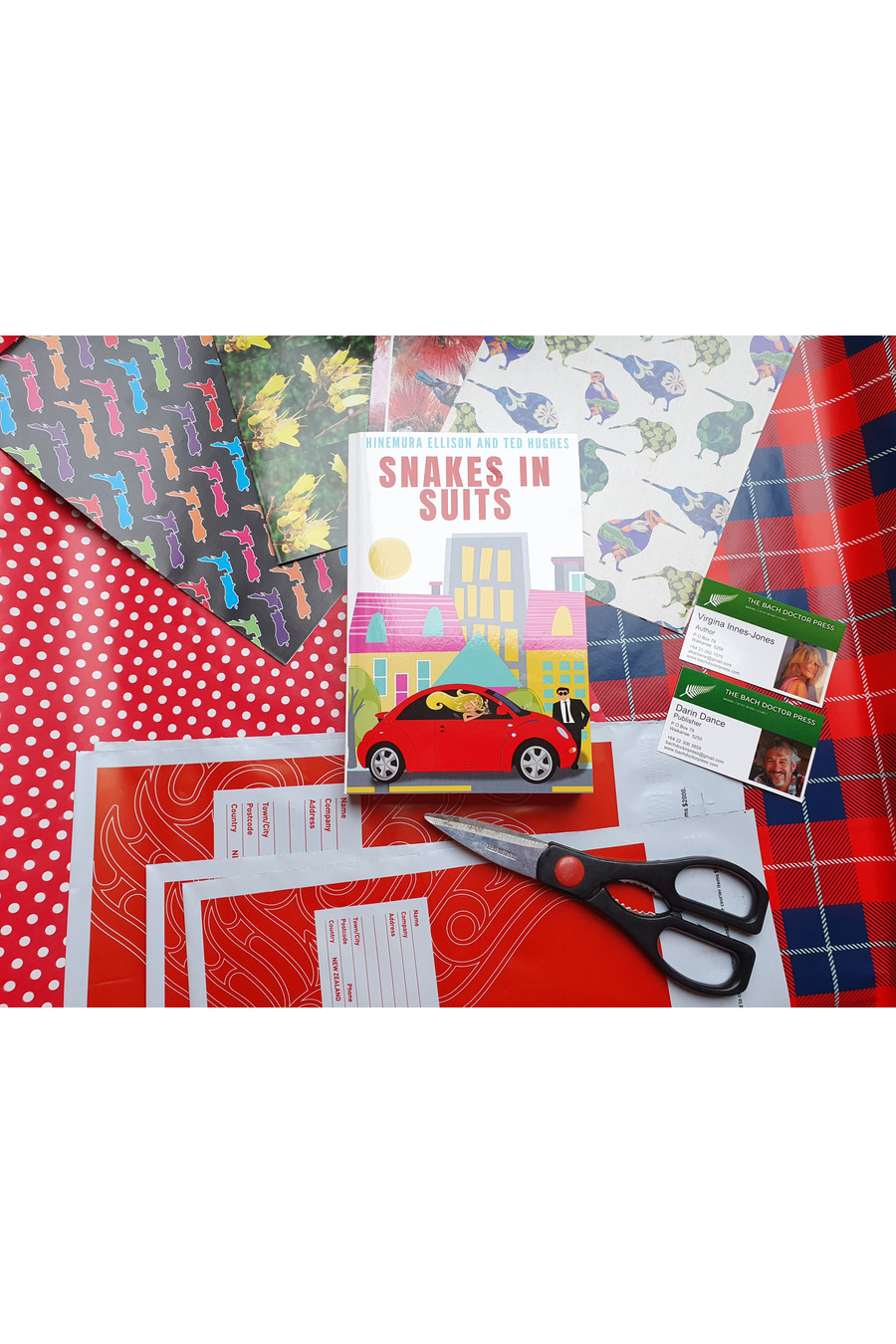 Order a gift wrapped copy of Snakes In Suits, signed by the authors with a personal message. 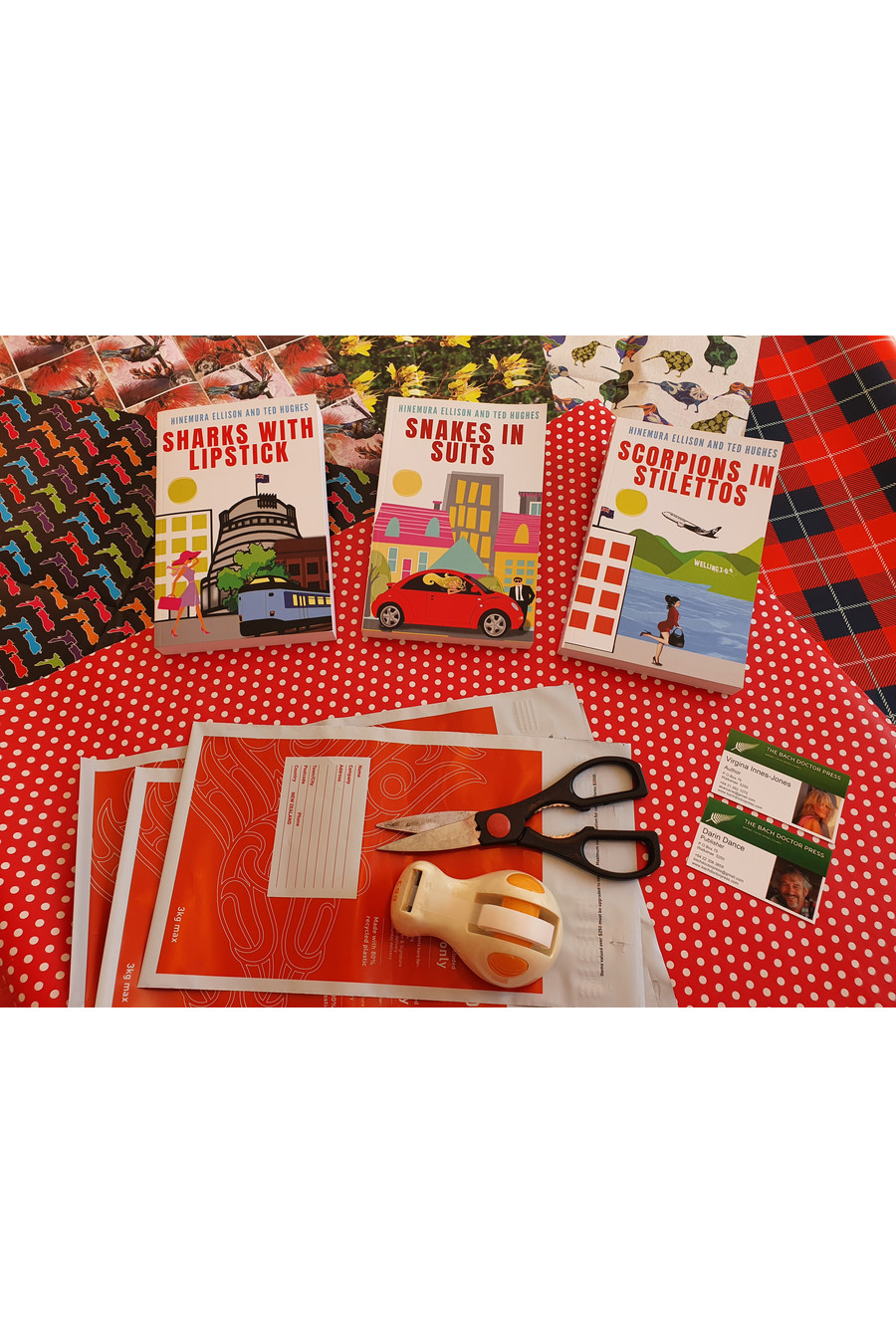 Order gift wrapped copies of the complete Trinity Trilogy - Sharks With Lipstick, Snakes In Suits and Scorpions in Stilettos - all signed by the authors with a personal message. 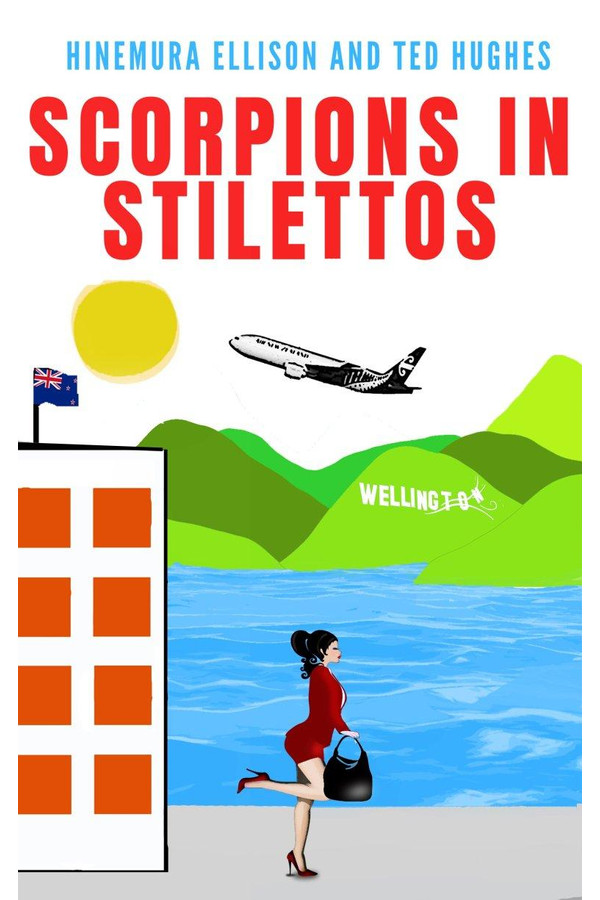 Caught in a compromising position, Clara AKA Flat White, the classy, career girl of the Trinity Trio, struggles as her carefully constructed life comes crashing down around her. Juggling her love life, career and her own demons from the past, may be too much for her. Can Clara recover and navigate her way back with the help of her friends?

Book Three in the Trinity Trilogy. 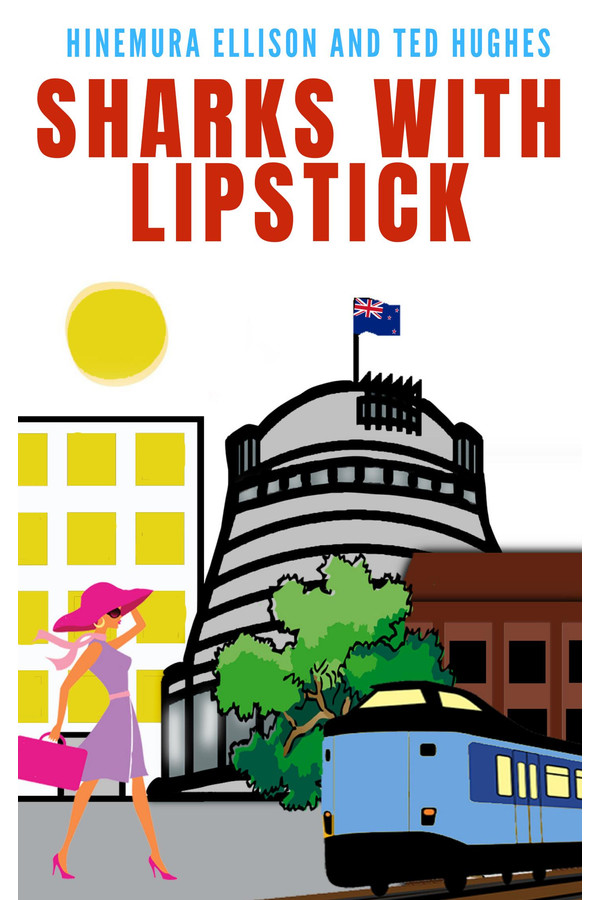 Everyone is a suspect when the HR Director is discovered murdered on the train. Sven must clear her name while helping Charlie the Hot detective discover the killer in their midst. A satirical, romantic murder mystery that will have you wanting more.

Book One in the Trinity Trilogy. 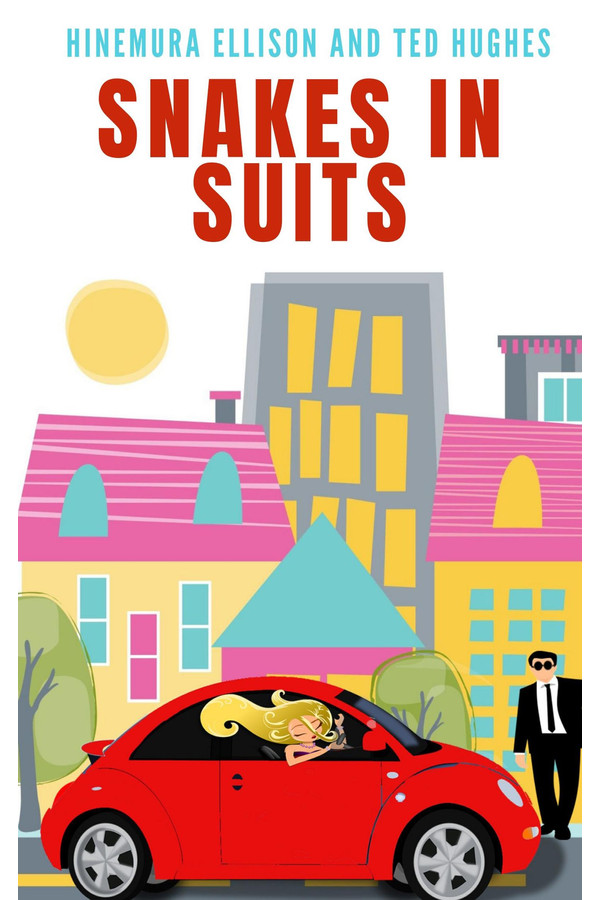 A ruthless property developer determined to steal Freya's inheritance from her, who will stop at nothing - even murder to get what he whats. Can Freya fight back when everyone and everything seems against her? A satirical, romantic, murder mystery that celebrates friendship that all will enjoy.


Book Two in the Trinity Trilogy.